A good home is the best intoxicant education

No fewer than 47% of young people think that the desire for a healthy lifestyle reduces interest in drinking alcohol.

To the casual observer, how young people’s alcohol use is reported in the news may seem rather chaotic. The steady decline in young people’s drinking has been approvingly pointed at for years. Yet on the other hand, today’s youth are suspected not so much of creeping sobriety as of a shift towards illegal intoxicants, which inevitably involves a plethora of associated adverse impacts. The media also report on drinking binges among adolescents in small towns.

Statistics show that a critical attitude to alcohol adopted as a child does not survive to adulthood. Two online services for young people maintained by the A-Clinic Foundation, ‘Nuortenlinkki’ (Youth Link) and ‘Varjomaailma’ (Shadow World), commissioned a survey from Taloustutkimus to explore what the intoxicant culture is that is encountered by Finland’s young people reaching independence.

The views expressed by young people themselves knock the wind out of some of our most clichéd conceptions. For instance, it is by no means the case that young people have migrated en masse to cannabis. Fewer than one in six young people have even experimented with cannabis. Of those young people who drink alcohol, 20% report using cannabis, but on the other hand no fewer than 98% of cannabis users report that they also drink. In other words, cannabis has not replaced alcohol as the intoxicant of choice for young people.

Desire for a healthy lifestyle reduces interest in drinking alcohol

Many of us who are experts in the fields of health and social services stress the overwhelming impact of regulation and control on the choices of the individual. Yet very few young people are of the opinion that alcohol being difficult to obtain is a major factor in abstention from alcohol. Quite the opposite, in fact: no fewer than 47% of young people reported that the desire for a healthy lifestyle reduces interest in drinking alcohol. Many young people who use drugs feel the same way.

The desire to live a healthy life is a good and factually sound reason to be critical of one’s own alcohol use. It would be important for us to understand – and by ‘us’ I mean all adults, not just those of us who professionally educate the public about intoxicants – that young people make choices about intoxicant use on rational grounds. So let’s at least give young people credit for being sensible about managing their lives.

The content and tone of public discourse, down to the choice of individual words, shape and create reality. What is said in public is, by definition, the truth. The Finnish way of drinking as we understand it inevitably and without exception applies to all Finns. If we report, falsely, that the trend among young people is to switch to cannabis, then many young people will believe that this is indeed the culture today and will follow that supposed trend. If we repeat often enough that the culture cannot be changed, then it cannot be changed. Perhaps we have managed to convince our young people to not even try to change their ways: The previous generation has already decided how today’s young people will drink when they grow up.

A desire for a healthy lifestyle adopted early in life is an attitude that one would assume would survive to adulthood, and indeed it does, but it is joined by a host of other motivational factors at just about the age when alcohol becomes legally available. We stereotypically imagine that peer pressure towards drinking is caused by a desire to bolster an as yet feeble self-esteem and by a desire for social inclusion. However, no more than about one in five young people who use intoxicants agreed with these statements in the survey. By far the greatest agreement was with the statement that being drunk with friends is fun: 54% of the respondents more or less agreed with this.

For some young people, intoxicant use on the threshold of adulthood involves worrying features. Young adults are more likely than minors to report that they drink because they are sad, bored or stressed. More than 10% of the young adults in the survey had used alcohol in each of those states of mind. One takeaway from the survey was that many young people that they are thrust into an adult role too early in life. It was particularly touching that those who had witnessed alcohol abuse by their parents were more likely than others to wish that their parents would still ask them how they are doing. Those who come from the most difficult circumstances and who therefore probably need support the most are also those who are the most likely to lack parental care.

We influence the intoxicant use of young people at least through our own example and by the way, we talk about it. In word and deed. But perhaps the greatest impact of our words and deeds comes from what kind of a fellow human being we want to be for young people. Do we talk to them, listen to them and care about them, and are we reliable as adults and parents? A good home is the best intoxicant education. If a young adult – still scarcely out of childhood – feels that he or she has the support of an older, reliable adult, then the probability of needing to drink because of stress is reduced.

Our survey does not point to any specific reason why the trend towards a more critical attitude to alcohol among underage children does not survive into adulthood. Perhaps we are looking at this the wrong way around. Perhaps instead of worrying all the time we should be happy that, compared to decades past, an increasing percentage of our children are spared the risks of alcohol use, even though the decline in the overall consumption of alcohol has been much more gradual among adults and even halted momentarily in 2018.

The thing is, every adult can in word and deed undertake personally not to uphold the notion of our supposedly inexorable culture of drinking to get drunk or to perpetuate the belief that alcohol is an appropriate cure for sadness or stress. So monitor yourself. Should you do something about the model you are projecting? It is easy to identify the features in your alcohol use that you would not wish your child to replicate. And what about the way you talk about alcohol? Examine it as if you were reading the fine print and between the lines. 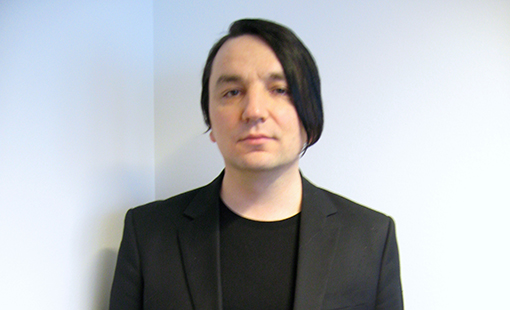 The author, Janne Takala M.Sc.(Pol.), is the development coordinator of the ‘Lasinen Lapsuus’ (Glass childhood) project of the A-Clinic Foundation.

Alko at the Anti-substance Abuse Days – threat or opportunity?

This year, Alko decided to run its own stand at the Anti-substance Abuse Days to raise awareness of an important theme – FASD – in collaboration with the Finnish Association on Intellectual and Developmental Disabilities. However, here at Alko, the idea of participating did make us think. Can Alko promote FASD awareness in the way we’d like? Will taking part be a threat or an opportunity?
26.03.2019

Concerns over the state of our planet have made many of us think about how we can be greener in our consumption choices. For instance, there has been much discussion about the impact of food choices on the environment. In addition to making sustainable choices for a dinner party, you can also be environmentally friendly in your wine picks. The next time you go shopping for festive beverages, take this three-point checklist with you.
22.02.2019

Alcohol seeps into daily life without you noticing

I spent last year watching the world through “alcohol-aware glasses.”  I examined how people use alcohol, how they talk about it and how they illustrate it.
20.12.2018

If they start again

As the holidays approach, the children and young people’s helpline often receives calls from children whose Christmas spirit is rather low.
30.11.2018

When in Rome? As Finland becomes more diverse, there is also a need for cultural sensitivity in alcohol and drug education

Discussions about Finnish alcohol policy often mention European drinking culture, as many would like to see Finnish drinking culture evolve in a more continental direction. We often forget that there are already many different drinking cultures in Finland.
04.10.2018

Annoyed to buy a plastic bag?

I’m going shopping and realize midway that I’ve forgotten my shopper despite all the good intentions. At the checkout counter I buy a plastic bag even though it is annoying. Sounds familiar?
05.09.2018

Alcohol continues to play a large role in student culture

Although alcohol consumption has declined among young people since the turn of the millennium, many student events still revolve around alcohol.
05.09.2018

#nofilter: Is it possible to talk about alcohol responsibly?

It is fairly safe to say that alcohol has always been a contentious issue in Finland. The debate has been heated at times especially in recent years when alcohol laws have come under scrutiny.
27.07.2018

Grilled fish is delicious – and it’s good for the Baltic Sea, too

Due to the record-breaking heat of the summer, an unwelcome nuisance has once again washed up on our shores: blue-green algae that prevent swimming. The Baltic Sea is also threatened by garbage pollution. Here are a few small daily acts each of us can do to make our waters cleaner.
18.06.2018

I think it would be healthy to talk about alcohol use in the same way we talk about eating cream cake: openly and without grinding our teeth.
12.06.2018

If the environment decided how wine gets packaged

Did you know that contrary to what is usual in foods, the packaging of wine has a bigger environmental impact than the contents?
Show more

Please provide your email address, first and last name. Follow the link from the email you receive to create a new password. If you have any problems or need help, please contact our Customer Support 020 692771.

Your email is incorrect. Did you already register?

Link to change your password has been sent to your email