Holiday wishes from near and far

Riisitunturi is a national park far from the city lights. It is near the birthplace of alcohol-free sparkling drinks that are made from the clear groundwater and spruce sprouts, as well as treats made from berries and herbs. The farm in question is run by Ritva, who has already been making  Christmas preparations for a good while . ”It’s lovely to relax after the hectic part is over” Ritva says with warmth.

Christmas at Riisitunturi is relatively traditional and the table is filled with familiar Finnish tastes: ”Ham and red wine –my personal favourites are the carrot casserole and different kinds of fish”, Ritva says with a smile. ”I might  add some homemade syrup and mixed spices for flavour.” A sought-after  delicacy is the right kind of liver pâté.

Helping other food artisans is also  important to  Ritva . ”When you’re already making all these things by hand, it’s nice to bring something made by someone else to the table.” Over the years new flavours have slowly become a part of Ritva’s Christmas traditions. ”Sunroot soup. When you whisk it until its fluffy and add a little sparkling wine, it’s heavenly”, Ritva praises the recipe her husband brought home from the South.

After a trek in the woods, Ritva warms up the sauna and raises a toast of alcohol-free sparkling wine. ”It’s the company that matters. You don’t need to offer your guests much, as long as everything is chosen with consideration.” 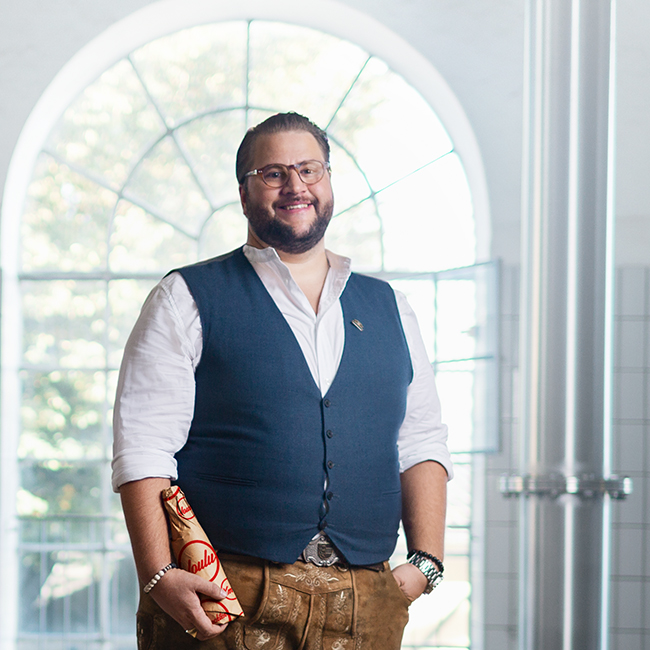 Matthias is the brand ambassador for the oldest operating brewery in the world. Pointing at his feet, he  says: “We’re currently sitting atop the cellars that house our renowned beers. That’s where they wait and age,  obtaining their unique flavor.

Bavarian beer is truly world-class. The classic wheat beers have a detectable hint of banana and clove. The new batch of bock beers are of a sweet and malty flavor, whilst the lighter lagers, or helles are an easier way to start a beer tasting session. ”Above all, beers are an easy drink to mix with meals”, says Matthias.

Beer has been a part of the German Christmas meal for a long time and even though traditions may vary from city to city, there is no shortage of rich, malty flavors. The king of the Bavarian Christmas meal is either roast goose or carp served with kale and potato dumplings. ”A dark beer sauce is the perfect way to bring out the flavours of slowly cooked goose”, Mathias says, emphasizing the use of beer in different recipes.

Beer is not the enemy of dessert

”Chocolate in all its forms!”, Matthias laughs, when asked about the regional Christmas desserts. He is usually in charge of the family dessert, and this year he’s planning to make a chocolate buffet, that is to be enjoyed with three different beers. ”It might be slightly less common to have beer with dessert, but it’s actually really delicious. I’d recommend trying vanilla pudding with a strong wheat beer.”

Also different types of handmade gingerbread cookies, or lebkuchen are popular dessert treats. The same goes for different types of nuts and stollen – baked rolls with dried fruits. When Matthias was younger, he used to look forward to the holiday treats and gifts the most. Now, the greatest gift is to go home for Christmas and have the whole family around the same table. 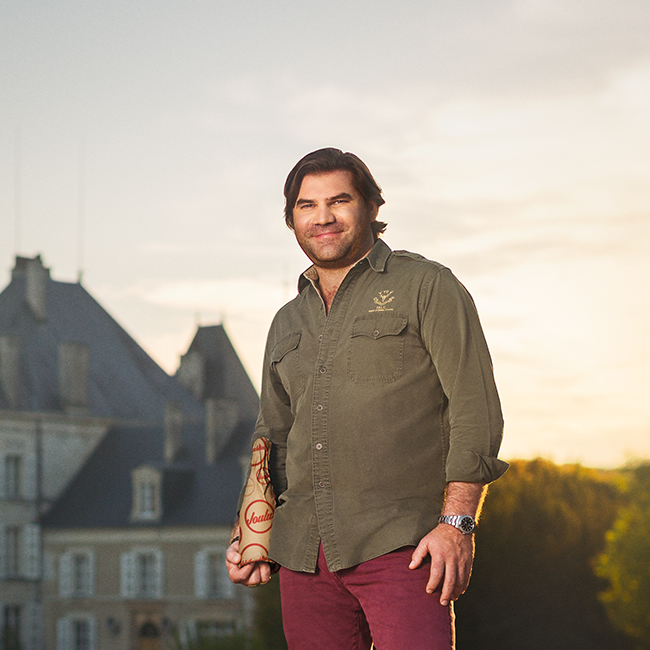 A majestic castle stands over the vineyards of Champagne in northeastern France. One can’t help but hear gratitude in Jean Rémy’s voice as he says ”I’m very fortunate to be a fourth generation winemaker. The instructions and methods used in making champagne are usually regarded very strict, but is has more to do with honoring traditions.”

Traditions also play a large role in French Christmas. In the land of culinary excellence, none but the carefully picked and high quality delicacies find their way to the Christmas table. People in the Champagne region enjoy fish, but deer is also a popular main course, as hunting is a popular pastime in the region. Along with fish and game, the table is often filled with seafood; scamps, oysters and lobster, sometimes picked up on Christmas morning. ”The acidity of a Chardonnay works beautifully with seafood and does a good job at raising appetites.”, Jean Rémy praises.

French Christmas is very family-centered. In addition to delicious food, the holiday traditions in Champagne include finding a Christmas tree, going hunting together and dressing festively. ”Family first. You can’t have a family business without a family”, Jean Rémy asserts.

Christmas is the perfect time  to pause for a while and reflect on the past year’s hard work. ”We like to open a bottle of the most recently finished vintage Champagne. It’s exciting, because you have to wait a couple of years for it to age. Christmas is the right time to give it a try.” 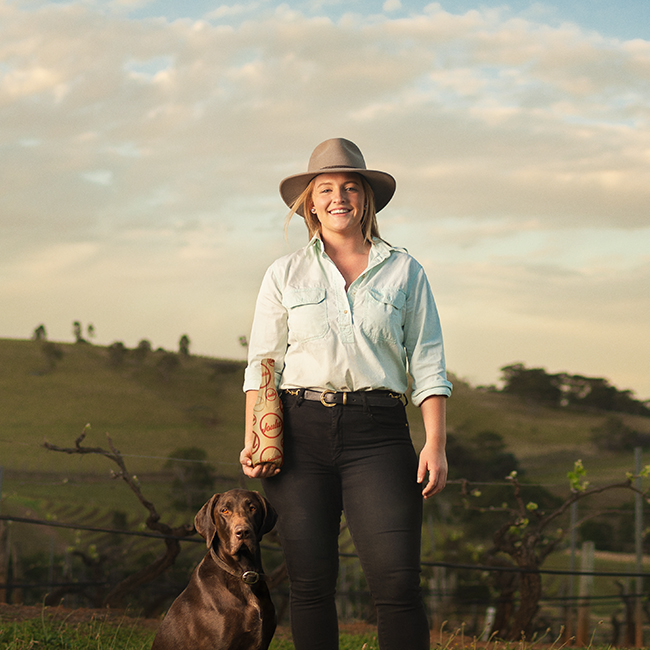 Savannah is following her grandfather's footsteps and runs the Hunter Valley vineyard in Australia together with her father. “Winemaking is definitely a passion more than a job.” Savannah says joyfully. Christmas is a busy time at Hunter Valley – lots of tourists are waiting for the new vintage.

Even though lots of different wines are made at the ranch, Savannah’s family likes to kick off Christmas with a fresh mango daiquiri – perfect for a hot day. Everybody helps with the cooking, but one might take a nap or go for a swim in order to stay cool.

Christmas in the middle of the summer

December is the hottest time of the year in Hunter Valley, and thus the table is filled with fresh foods suited for the climate. “It’s too hot to eat anything warm”, Savannah explains. The same applies to the drinks, which are cold and sparkly. ”Out here we tend not to describe the temperature of the wine as room temperature. That would be entirely too warm.”

Prawns and oyster are often served for the Christmas meal . They are available, as the eastern coast is just a short drive away. Ham and turkey are also an option, but as cold cuts. According to Savannah, the most important Christmas tradition is the location: ”You have to spend Christmas at the beach. We’re lucky to be able to combine the two; Christmas and summer. Half a kilo of prawns and a nice bottle of cold wine at the beach – that’s what our Christmas is made of.” 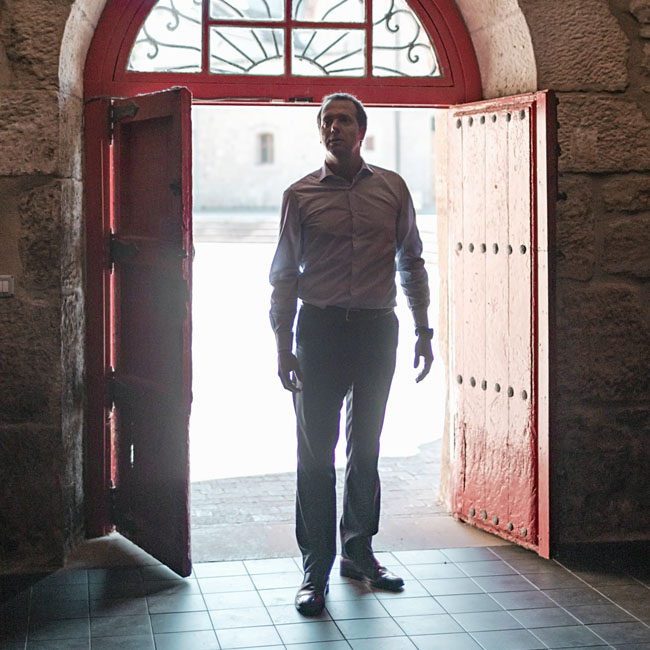 Carlos works in one of the oldest vineyards at the La Rioja province and is in charge of the guests comfort and enjoyment during tours. The facilities are a combination of state-of-the-art technology and age-old machinery.  ”We pick every grape by hand, but the machines help in, for example, analysing their color ”, Carlos, says about the mixture of old tradition and modern processes. ”We take pride in our wine. And of course excellent wine deserves delicious food to pair –especially on Christmas.”

In Spain it’s tradition to have the Christmas meal late in the evening. For starters there is usually a large selection of appetizers such as asparagus, seafood and cold cuts. Next, it’s time for the main course. Finally, dessert consists of cheeses, sweet pastries made with almond and marzipan, a pear compote and a bottle of Gran Reserva” –the perfect dessert palette according to Carlos.

In the Mediterranean it’s not uncommon to cook together with family even when it’s not a holiday, so the Christmas meal is not necessarily an exceptional event. However, traditional Christmas foods can vary substantially from region to region. The main course is usually oven baked fish or turkey, but families have different secret recipes for the turkey stuffing. ”Even though I love cooking, during Christmas time I look forward to the familiar foods made with traditional recipes”,  Carlos says and smiles.

Please provide your email address, first and last name. Follow the link from the email you receive to create a new password. If you have any problems or need help, please contact our Customer Support 020 692771.

Your email is incorrect. Did you already register?

Link to change your password has been sent to your email